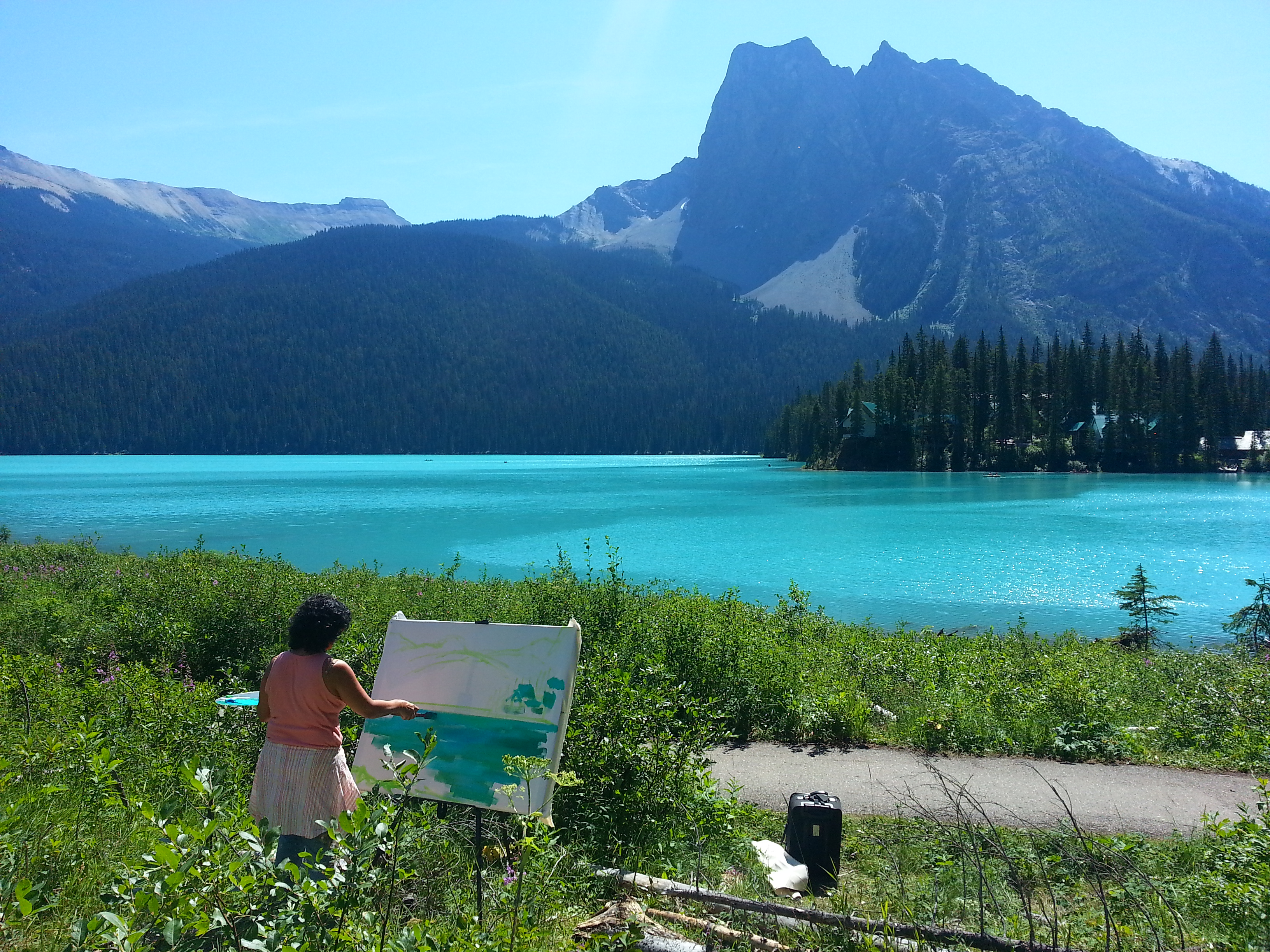 Moshgan’s journey to becoming a professional artist first found expression during the aftermath of Iran’s cultural-revolution in 1979 when the government closed public universities. After a year of turmoil and chaos, Moshgan enrolled in Kamalolmolk School of Fine Arts, a private school that remained open.  It was here, and over the next four years that her soul-life and creative expression were nurtured.  She began studying with a gifted teacher, Saeed Broomand who had just recently returned from Europe after twenty years abroad.  Mr. Broomand openly shared his knowledge of western art forms with his students and encouraged them to be free in their artistic expression. This freedom of expression is one of the driving forces behind Moshgan’s powerful work and is the thread that connects her early Expressionist work to her contemporary Plein Air Abstract work of the present.

After graduation from Kamalolmolk, Moshgan knew she needed to expand her horizons for her career to flourish.  It was springtime, 1986 when she left Iran and travelled to the United States via Istanbul and finally New York City where she lived, studied and exhibited. She enrolled in Hunter College and effortlessly earned two obligatory BA’s in Fine Art and Art History.

She has exhibited nationally and internationally. The International Art Expo was one of her first exhibitions in New York City.  Her work was exhibited on behalf of the United Nations in support of a show entitled, “Women and the Arts: Struggles and Triumphs.” She has always been a supporter of women artists.  The sale of several of her works helped to support The Libby Ross Breast Cancer Foundation (LRBCF); LEAP, a NYC based art education non-profit held a fund-raiser where Moshgan was the featured artist. Moshgan belongs to The National Association of Women Artists and is an active member in the New York City Chapter.

Having built a thriving career that spans four decades and two continents, her collectors worldwide all delight in partaking of the Divine energy expressed in her colorful and deeply passionate works. Moshgan’s paintings continue to be sought after by admirers and fine art collectors from around the world.